We are pleased to announce that Professor László Lovász will deliver an Abel lecture at the 8th European Congress of Mathematics.

The Abel Prize, awarded annually by the Norwegian government, is regarded as one of the highest honours in mathematics. László Lovász has received the 2021 Abel prize along with Avi Wigderson, "for their foundational contributions to theoretical computer science and discrete mathematics, and their leading role in shaping them into central fields of modern mathematics." 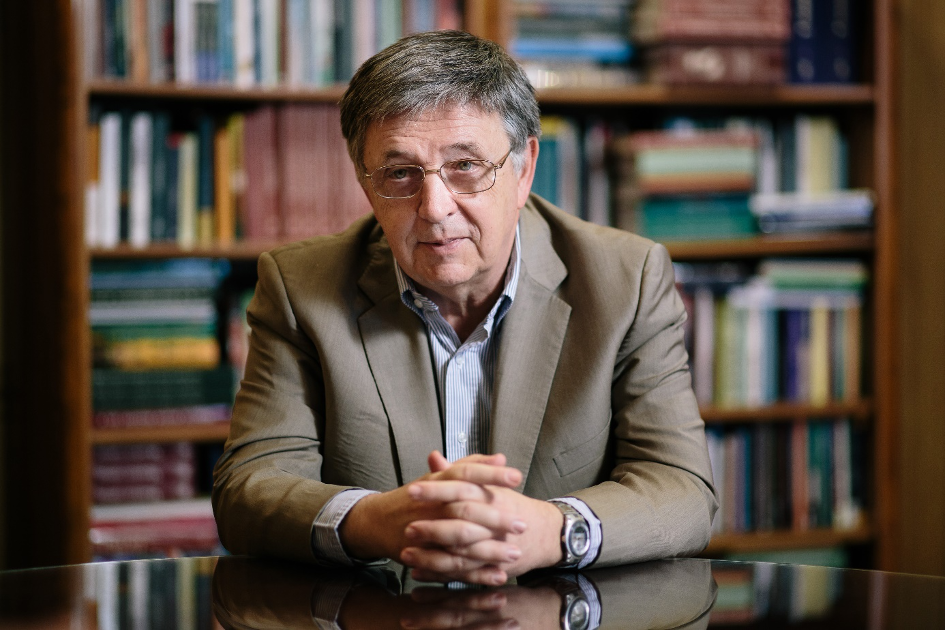 Lovász is a Hungarian-American mathematician, a research professor at the Alfred Rényi Institute of Mathematics and professor emeritus at Eötvös Loránd University, best known for his work in combinatorics and graph theory. One of the major impacts of Lovász’s work has been to establish ways in which discrete mathematics can address fundamental theoretical questions in computer science.

In the 1970s, Lovász developed complementary methods to Erdős's existing probabilistic graph theory techniques in collaboration with Paul Erdős himself, who introduced him to graph theory. This included the Lovász local lemma, now a standard technique for proving the existence of rare graphs. Lovász also proved Kneser's conjecture and helped formulate the Erdős–Faber–Lovász conjecture, which is to this day an unsolved problem about graph colouring.

In the course of his work on the foundational underpinning of computer science, Lovász has also devised powerful algorithms with wide-ranging applications. One of these, the LLL algorithm, discovered in 1982 with the brothers Arjen and Hendrik Lenstra, has led to breakthroughs in diverse fields, including cryptology, algorithmic number theory and computer algebra. Currently, the only known encryption systems that can withstand a quantum computer attack are based on the LLL algorithm.

Lovasz is the author and co-author of ten, widely-praised, research monographs and textbooks, including Combinatorial Problems and Exercises (1979, 1993), Matching Theory (1986, with Michael D. Plummer), Discrete Mathematics: Elementary and Beyond (2003, with Josef Pelikan and Katalin L. Vesztergombi), and Large Networks and Graph Limits (2012).

During his long career, Lovász has received numerous prizes and honours, including the 1999 Wolf Prize “for his outstanding contributions to combinatorics, theoretical computer science, and combinatorial optimization”, the 1999 Knuth Prize, the 2001 Gödel Prize and the 2010 Kyoto Prize for his impact on “the advancement of both the academic and technological possibilities of the mathematical sciences”. He was elected a foreign member of the Royal Netherlands Academy of Arts and Sciences in 2006, the Royal Swedish Academy of Sciences in 2007, and an honorary member of the London Mathematical Society in 2009.  In 2012, Lovász was elected as a member of the U.S. National Academy of Sciences and became a fellow of the American Mathematical Society. In addition, he has served terms as President of the International Mathematical Union (2007 – 2010) and President of the Hungarian Academy of Sciences (MTA) from 2014-2020.