An exhibition by Prof. Robin Wilson

Professor Wilson will be bringing his popular, illustrated lecture on the development of mathematics as portrayed through stamps to the 8ECM. The lecture will accompany an exhibition that features more than 200 stamps from around the world.

There are many hundreds of postage stamps relating to European mathematics, from early methods of counting to the modern computer age.  In this exhibition you will meet many of the mathematicians who contributed to this story – influential figures such as Pythagoras and Archimedes, Newton and Leibniz, the Slovenian Jurij Vega, and Einstein – and you will learn about those areas, such as navigation, astronomy, and art, whose study aided this development. 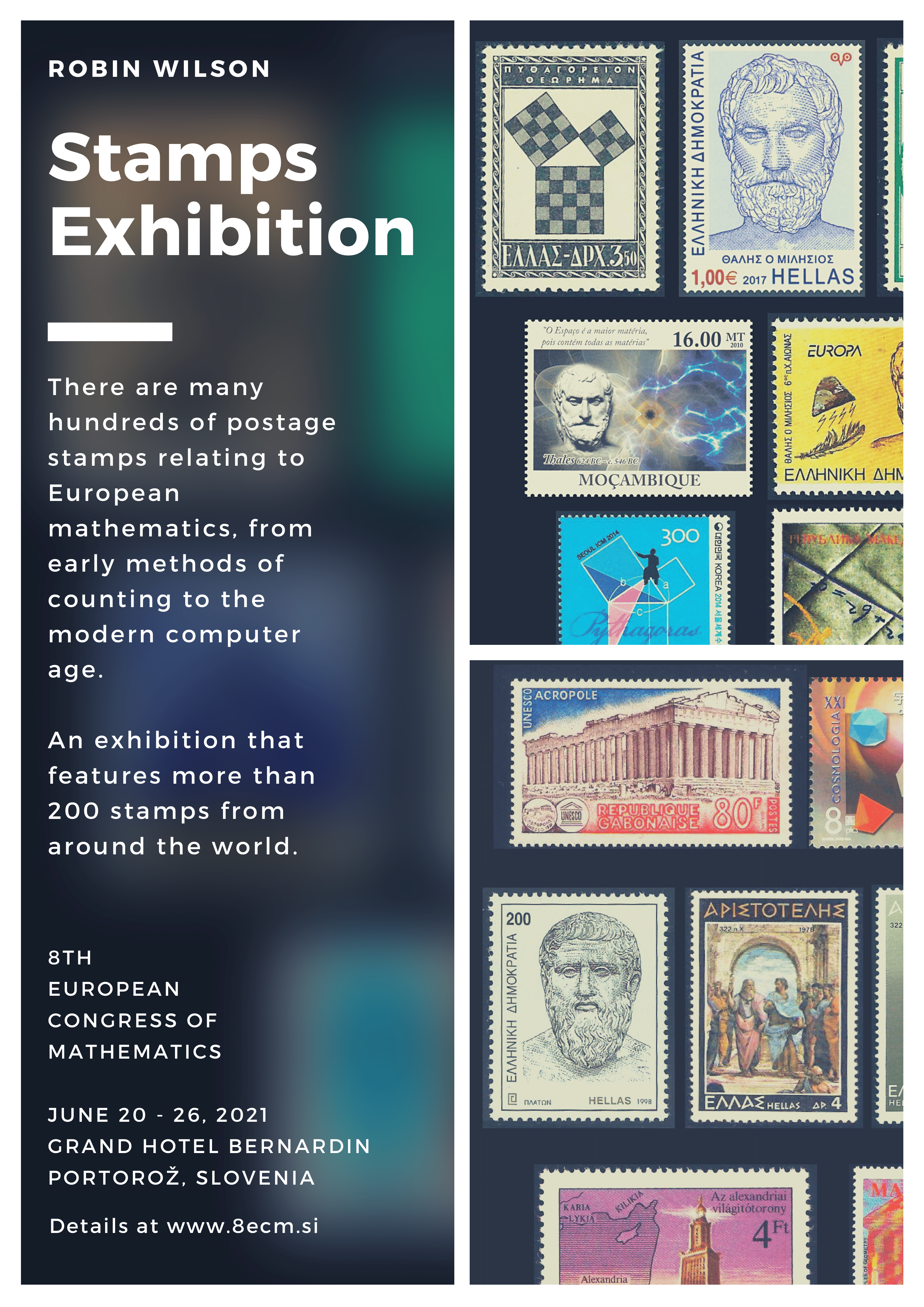